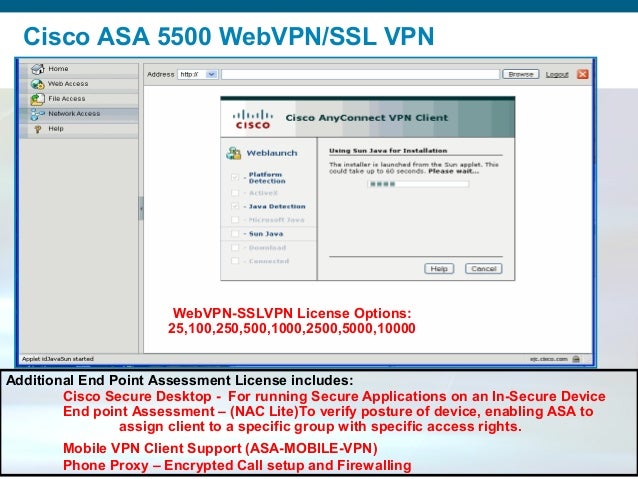 Remote access VPN on the ASA can be SSL VPN (uses SSL/TLS for transport) or IPsec-based. IPsec-based can use the (very old now-discontinued, not supported on modern OS) Cisco VPN client with IKEv1 IPsec. That is not suitable for any new implementations. OR it can use IPsec IKEv2 with AnyConnect client.

· SSL VPN Licenses. SSL VPN debuted on the ASA when it was first released but has evolved more than any other licensed based feature on the ASA. SSL licenses break into two general types: Essentials and Premium. Essentials provides AnyConnect client based connections from personal computers including Windows and Mac systems. Installing an Essentials license allows for up to the maximum number of VPN sessions on the platform to be concurrently used for SSL.

How come an educational system that put so much emphasis on penmanship produced so many doctors?

The smallest deed is better than the greatest intention.

You can't raise much of anything if you don't raise a little sweat.